30-year-old Ashley Treseder dived off a pier in NSW and broke his neck. Now fresh out of rehab and into his new home, Ash is starting all over again with the support of his community.

30-year-old Ashley Treseder dived off a pier in NSW and broke his neck. Now fresh out of rehab and i... 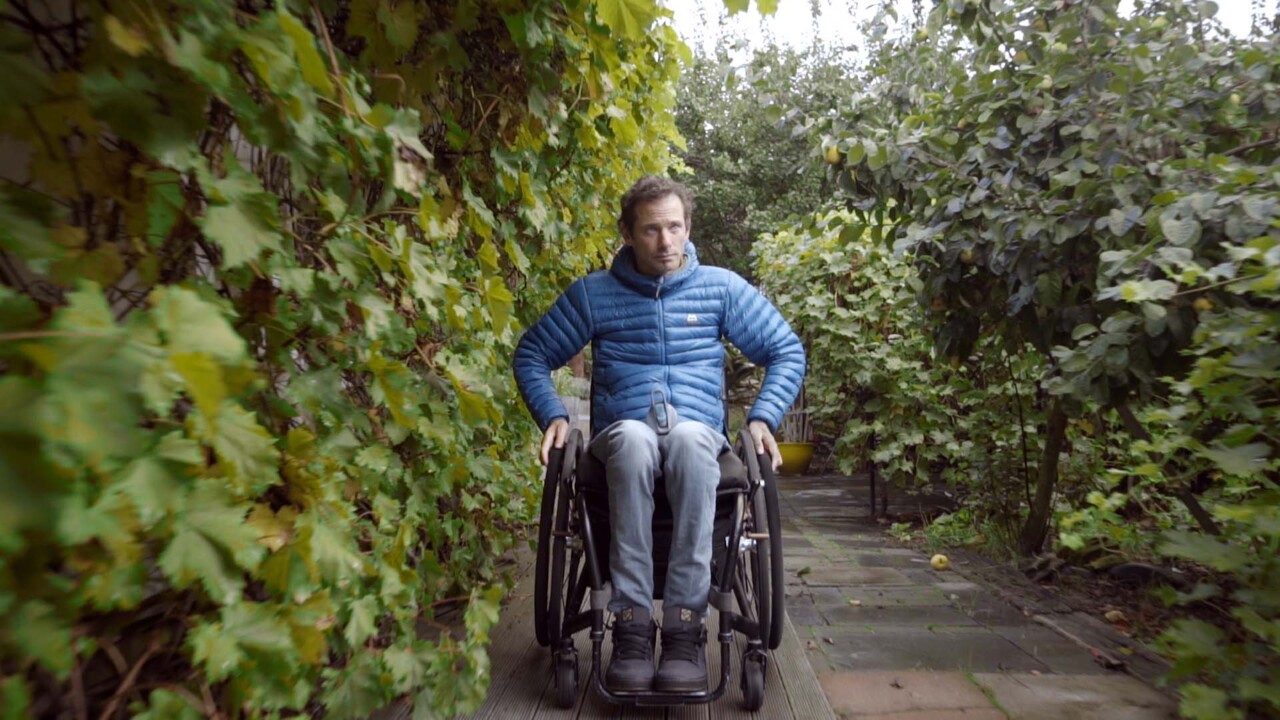 A canyoning accident in Switzerland left Jezza Williams a tetraplegic. An adventurer at heart, just ... 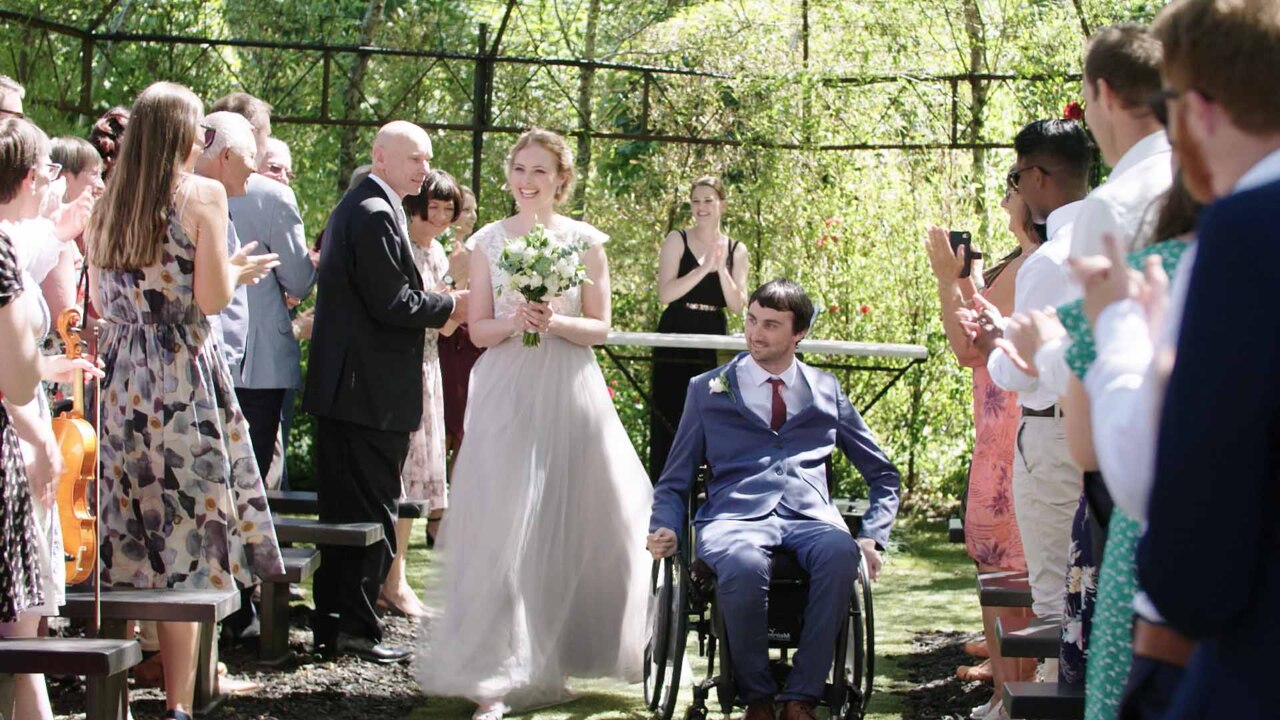 Tim Young was on the trip of a lifetime in Canada when a snowboarding accident left him a tetraplegi... 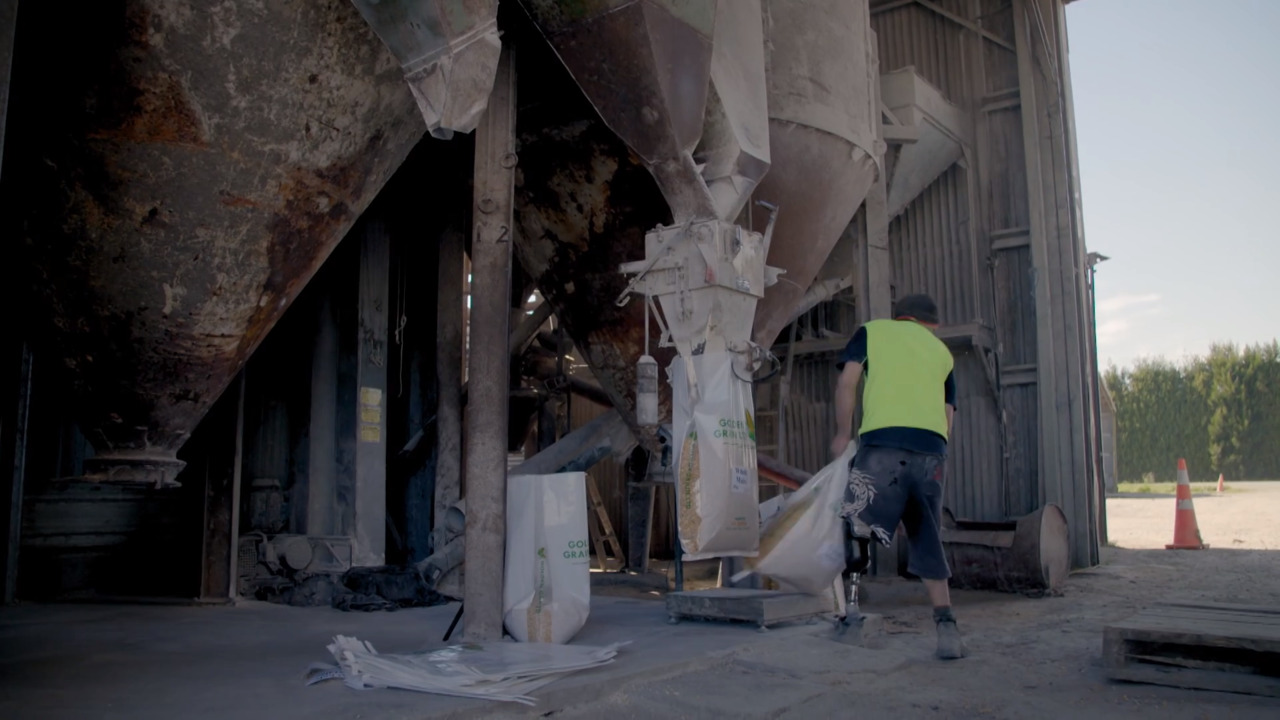 Carefree farmer Matt Bryson lost his leg in an accident on the family farm four years ago. He contin... 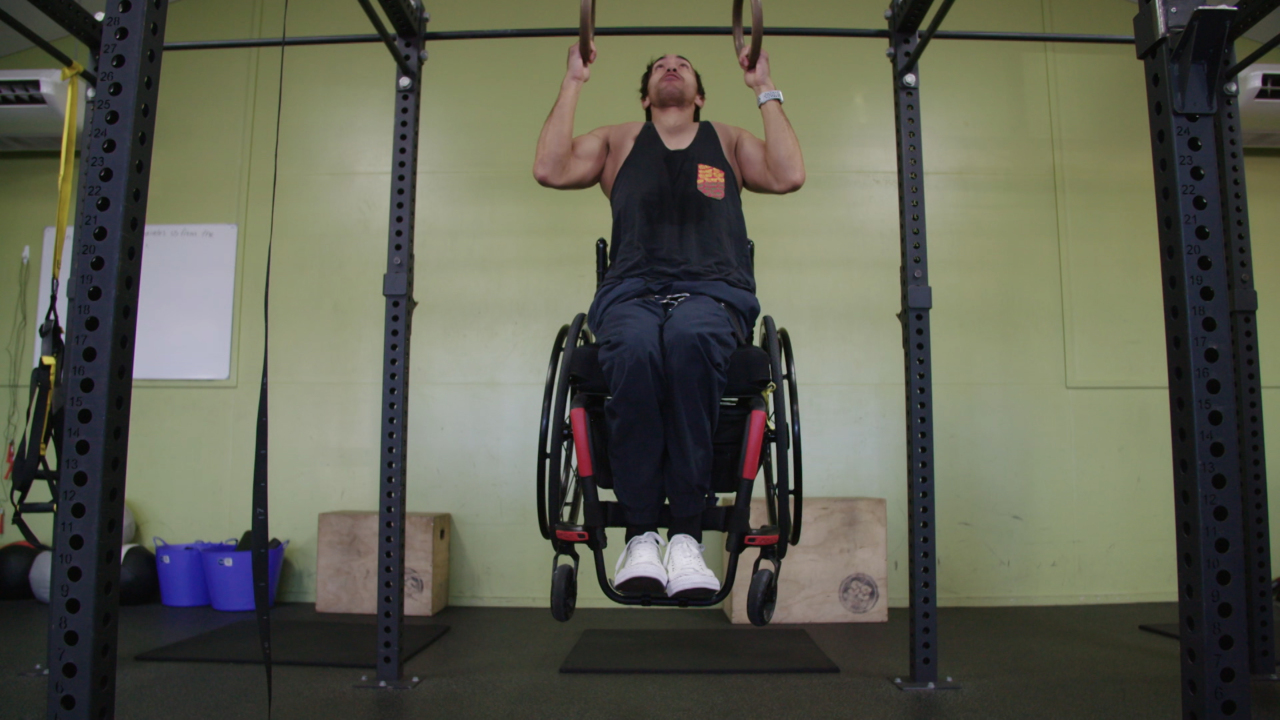 A 35-metre jump off a waterfall left newlywed Ephraim Gudgeon with a spinal injury. The self-confess... Bailley Unahi was crushed when a balcony collapsed on her at a student concert in Dunedin. Paralysed... 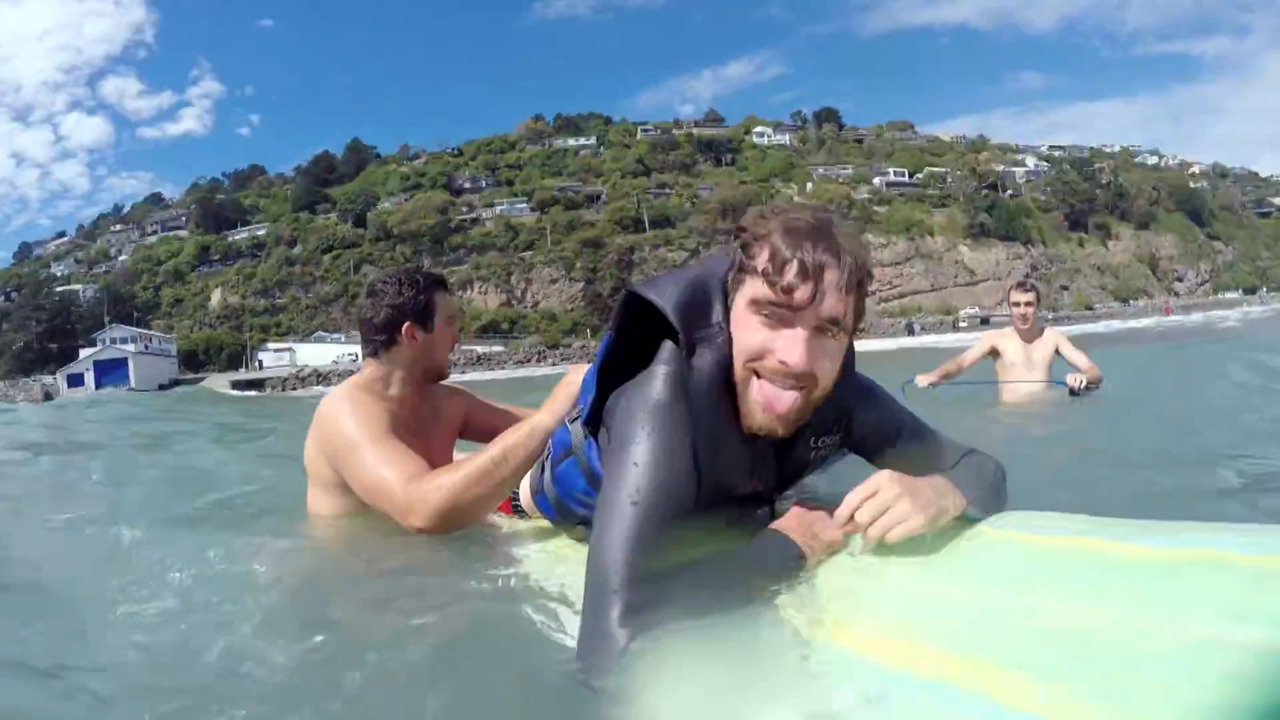 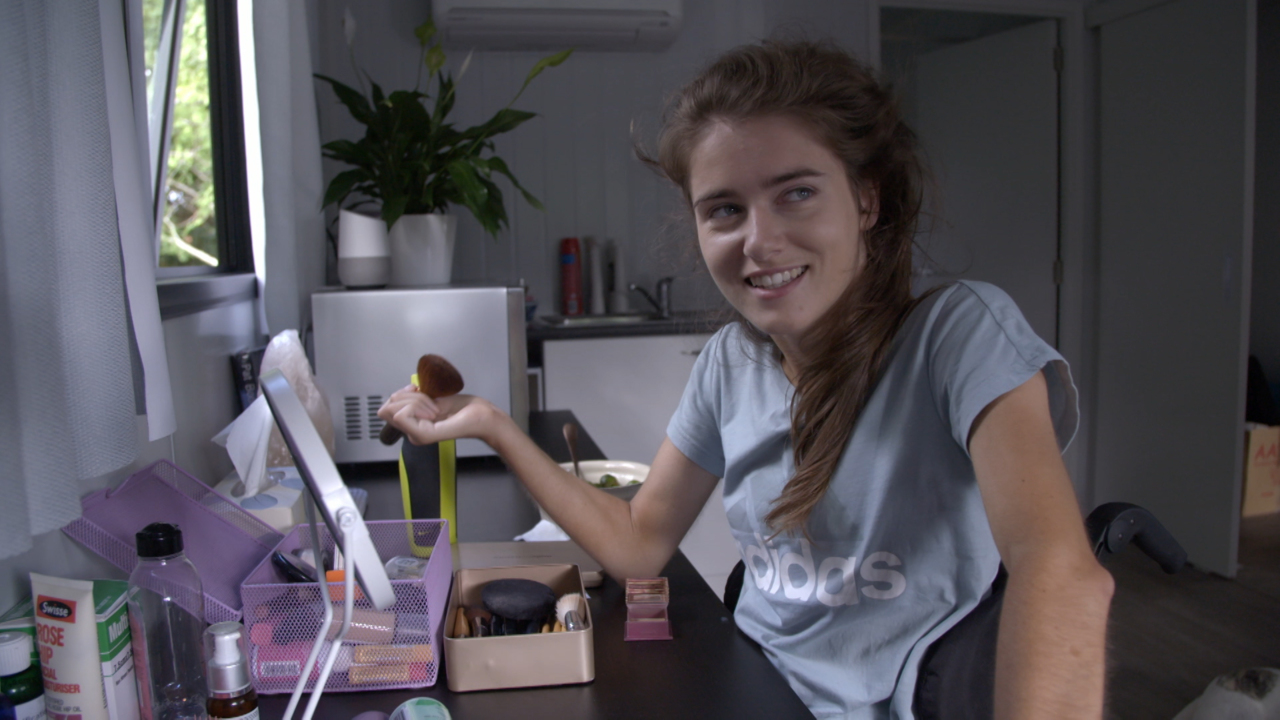 Sophia Malthus became a quadriplegic after being thrown off her horse. Follow this sassy young woman...

Ashley Tresder has always lived life to the max, a self-confessed adrenaline junkie with a big love for the outdoors. He has travelled the world giving everything a go including skydiving and bungee jumping, anything which gave him a rush.

But earlier this year he dove off the pier at his favourite Newcastle beach, fracturing his C6 and C7 vertebrae, which damaged his spinal cord.

“It felt like the surface of the water was concrete, I was 100 percent convinced I was going to drown.”

"It felt like the surface of the water was concrete, I was 100 percent convinced I was going to drown."

Working his way through rehab was tough for Ashley, but he admits the hardest thing in his recovery  was having to deal with his fiancee’s decision to move on within his first week of returning home.

“That day was the lowest of lows, even lower than the day I had my injury.”

Rebuilding his life, Ashley is quickly coming to terms with his new normal; constant help from his carers and his mum, Donna has moved in to be on hand.

“Since his accident, he’s done a lot of grieving for what his life used to be like, working through the loss,” says Donna.

There have been many changes for the outdoor enthusiast as he moved into a new wheelchair-accessible home and can no longer play football.

“Football was my number one passion in life,” says Ashley, “obsessed would be an understatement. I’ve played it for 25 years.”

Ashley was always dedicated to the gym, working out and beating his goals, but he says the accident has put life into perspective.

Returning to the site of his injury at Merriweather beach, he says it’s always been his favourite place in the world.

“I thought it would be tough coming back here for the first time but sitting here watching the waves it's just extremely peaceful.”

Getting physically strong again is one of Ashley’s biggest goals and his physiotherapy sessions are his happy place, surrounded by gym equipment.

Donna admires her son’s determination and says he will always push himself until he can do things. The family has always been close, especially since she raised her two sons on her own and Donna lost her eldest in a car crash.

After Ashley finished high school he began working in the disability realm with people with autism, then living in a home with a couple of guys in wheelchairs. Since his accident, he has returned to work to continue helping others.

Being surrounded by mates has always been important to Ashley and he has a tight group who regularly meet up.

Lee Cooper one of his longest-standing friends says Ashley has always been motivated.

“It sort of rubs off on the rest of us. He’s probably one of the strongest guys I know, it’s inspirational to see.”

Ashley is positive about the next steps in his life.

“The future for me starts tomorrow, I don’t want to look too far. I used to think work till 65 with a big family, successful career. I’m here I’m still alive and I’m going to be able to wake up tomorrow and start again.”