Falling: The Most Accessible Activity

NZ Comedian Josh Davies, shares his experience of what it's like to sky dive with a vision impairment.

A few weeks ago, or quite a few weeks ago depending on when you read this I was Taupo, a place that on a map makes NZ look like it has sprung a leak. Like the 2005 teen comedy Sky High I too was sky high, in that I was high in the sky. I was there to skydive as part of a Blind Low Vision NZ fundraising campaign.

Full disclosure I both work for Blind Low Vision NZ and have low vision so I am probably a bit biased. In fundraising we are constantly trying to come up with ways to encourage people to give money to charity (preferably ours). Fundraising typically comes in the forms of street appeals, mail outs and regular donors but charities always have to look for new ways to engage people and show them that the work they’re doing still needs to be done. One way we do this is an annual skydive challenge where Blind Low Vision NZ challenges people to raise $800+ and if they do they get a free skydive, it raises money, awareness and most importantly is fun. I myself raised $1066, I’m not saying I am a hero, it isn’t for me to say. It is for future generations to read in their textbooks.

Before this I had never skydived (skydove?) I have jumped off the occasional chair and bar counter but I don’t think they’re comparable. However as a stand-up comedian I am no stranger to nerves and adrenaline from doing stupid things that are objectively a bad idea. This is however exactly what I wanted to feel. To trick my idiot brain into thinking I was going to die, just to feel alive.

Some people asked me if “I would even be able to enjoy the view” I pointed out that it would get closer quite quickly and shouldn’t be a problem.

Before ending my short relationship with 9000ft off the ground some people asked me if “I would even be able to enjoy the view” I pointed out that it would get closer quite quickly and shouldn’t be a problem. It is kind of a fair question, one key symptom of my vision is not being able to see very far but if my time at uni failing a science degree taught me anything it is that the planet is at least the size of 2 New Zealand’s, if not more.

It was fairly innocuous comments like that which made me think about why they were asking. It wasn’t at all mean spirited and was pure curiosity about how my level of eyesight would translate to looking across landscapes seen from above. It was a comment that if from a stranger could be very easily taken as them assuming that because of my lack of eyesight I was incapable of falling while strapped to another man. Oh yeah that was the other thing you get strapped to a pro, infect you get strapped so tightly I don’t think I’ve been that close to another human since I was in the womb.

Falling is possibly one of the most accessible activities about. All you need is you and some gravity but there was this assumption that my vision would play more of a role in falling than it did. Especially when it is in such a controlled environment, your tandem partner does all the work you’re basically along for the ride.

They weren’t entirely wrong, my tandem partner pointed east and said “you can see over there is Hawkes Bay” it was just a green blur to me. “That is Pureora forest” Another green haze. “Turn the parachute towards that yellow building there” was his next gambit. I couldn’t see this building so to play it safe I turned us the other way and went for this conveniently placed blue lake.

The overall experience for me was underwhelming. There wasn’t a point where I doubted my ability or my partner to not die. Maybe if he had whispered “I am actually really afraid of heights” just before jumping or “I’m glad I got this job, I’ve been fired from the last 3 companies I have worked for”. I realise how morbid this sounds but I think that is the appeal of these sorts of action sports. To trick yourself into a fight or flight response – in the case of skydiving “flight” is best, punching your parachute will only have a negative effect. That is the appeal, if you’re afraid of heights you absolutely should skydive. The value for money will be great plus you fall to the ground very fast so you’re not high for long.

For me the most terrifying part was after pulling the shoot. I was able to take off my googles and the moment of panic while taking them off and worrying that my new glasses would fall into the lake was immense. As it turns out I may not fear death but I truly do fear having to unexpectedly dip into my savings account. Inside Outside is a short digital series that follows a number of young kiwis with disabilities as t... 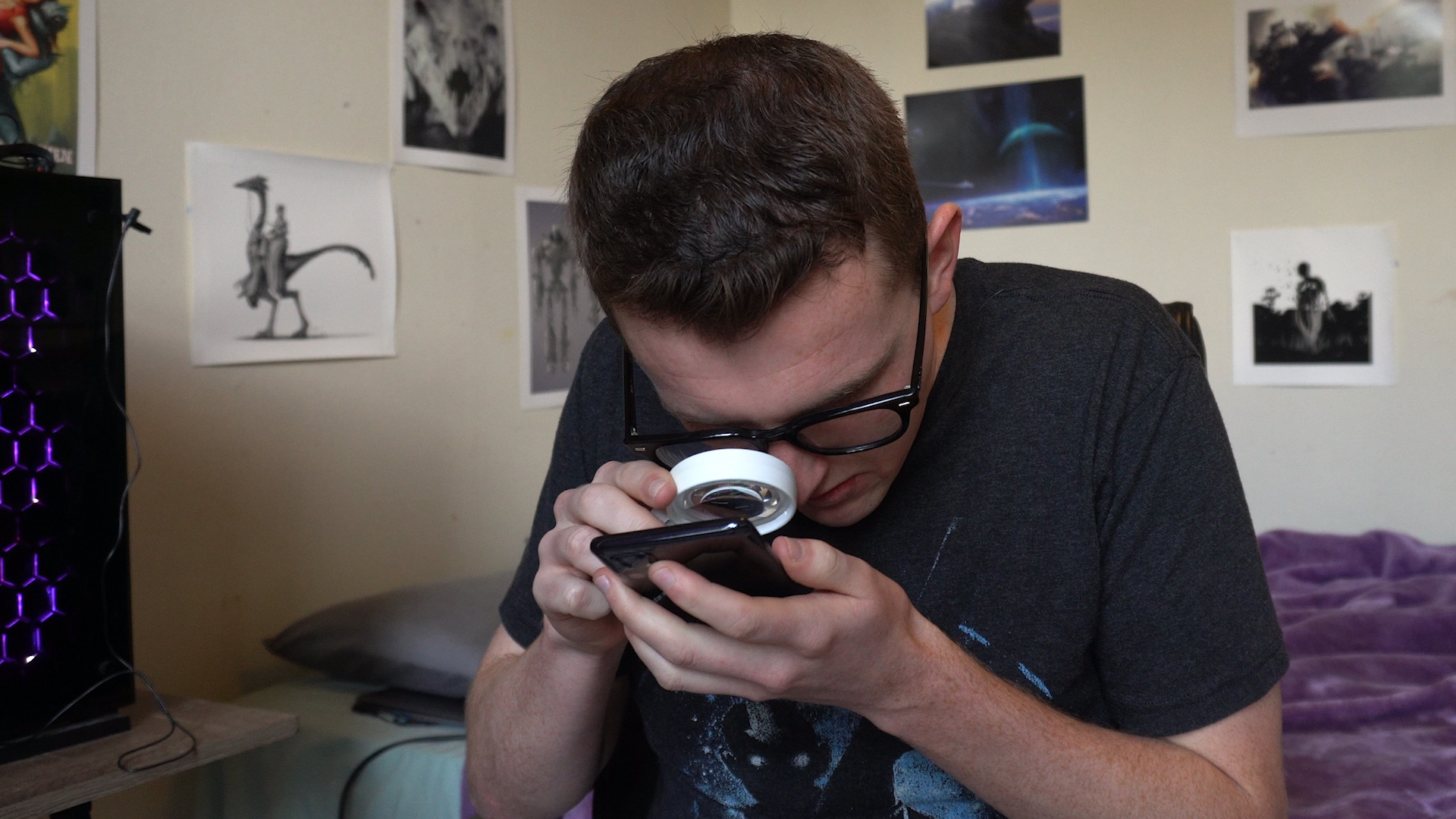 Inside Outside: Josh Davies

Josh Davies is a stand-up comedian, a proud cat dad, and he only has about 15% vision in his one goo...

Inside Outside: Josh Davies Inside Outside: Pieta Bouma

Pieta Bouma moved into a new flat and started her first year at Auckland Uni. A year ago, she broke ...

Inside Outside: Pieta Bouma 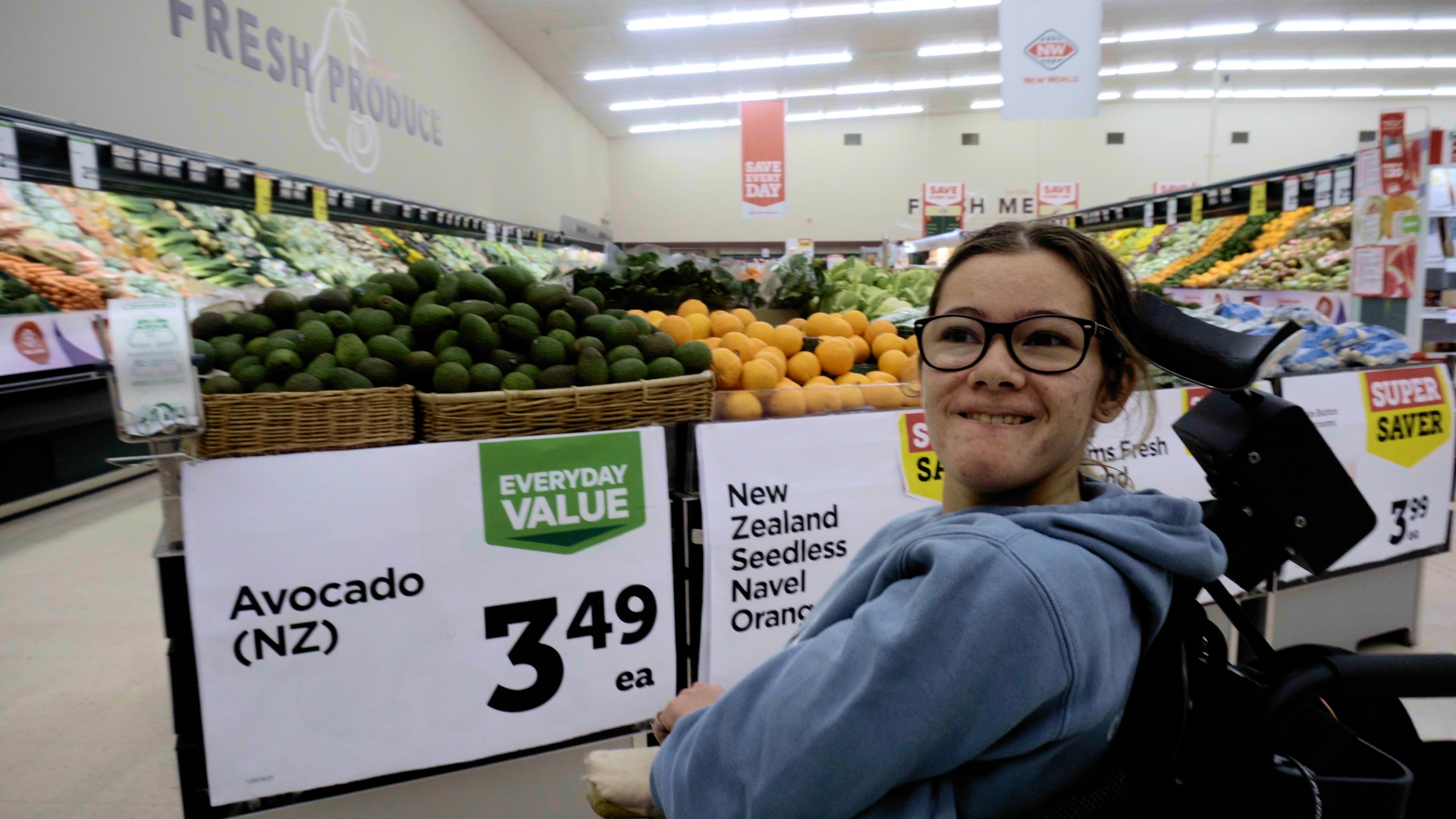 Inside Outside: Alicia Kapa

Alicia Kapa juggles part-time work, studying for her Bachelor’s, and the odd skydive. She also uses ...

Inside Outside: Alicia Kapa Jesse Coles-Hart has started his first paid job as an assistant baker, but he still makes time for t... 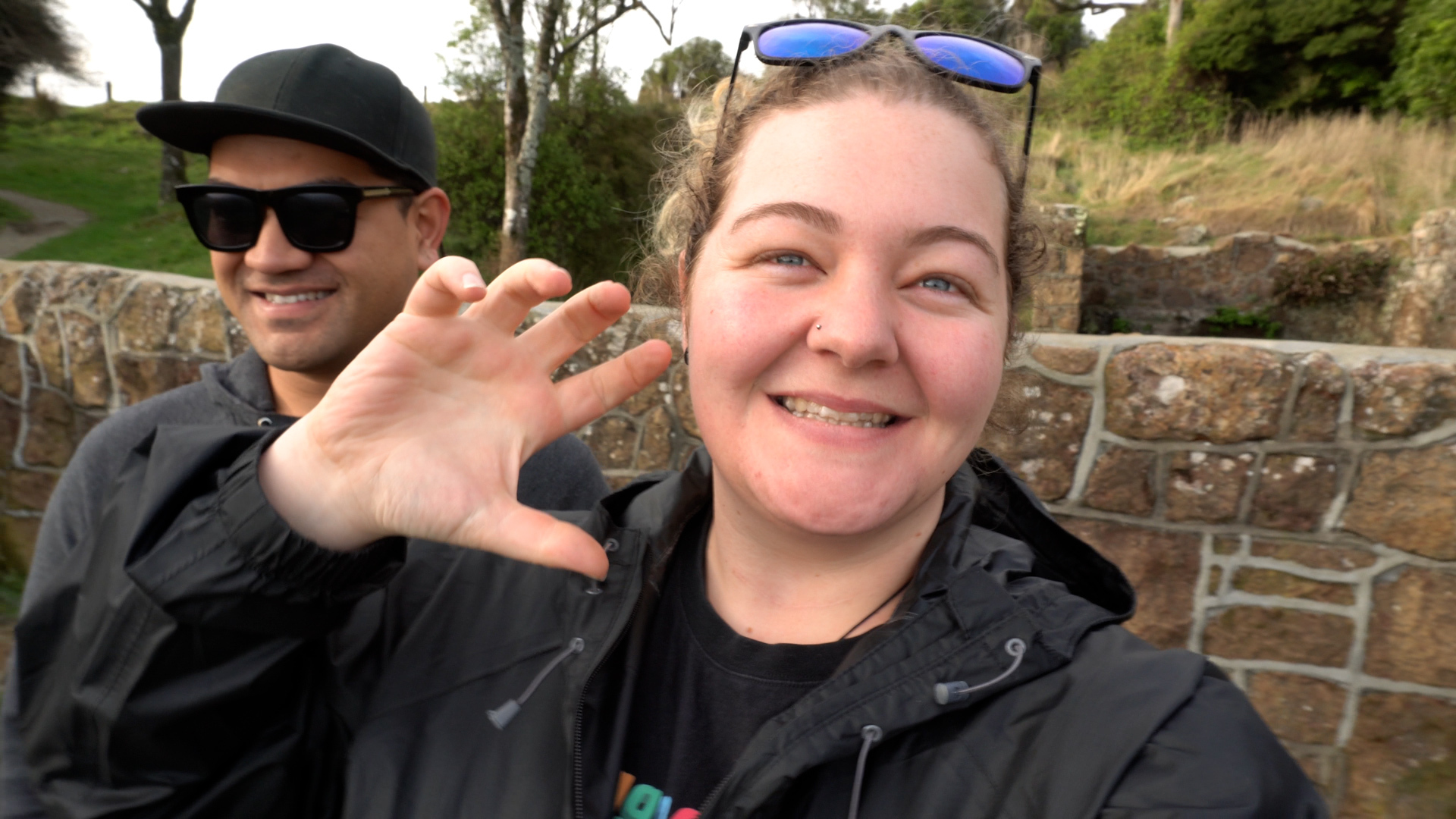 Inside Outside: Rachel Berry

Rachel Berry lives with her flatmates in Christchurch, where they’re often out exploring. Three out ...

Inside Outside: Rachel Berry