Life as a Paralympian: The Journey

Rebecca reflects on her career as a Paralympic swimmer.

The phenomenal Rebecca Dubber has announced her retirement from the sport of Para swimming to focus on her career. She has taken up a Guest Writer role for us and will share a three-part blog about her life as a Paralympian.

“When I grow up, I want to be a Paralympian!” – Actually pretty sure I never said that, but I did know from a young age that I wanted to go to the Paralympics and win a gold medal.

My journey started in a pretty ordinary way, there was no magic discovery of sport or prophecy that I was destined for it, I learnt to swim as most Kiwi kids do. I guess I had a bit of a talent for it, but from the stories my mum tells me, I wasn’t a star pupil and spent more time examining the bottom of the pool than listening to what the swim teacher had to say.

"I think she was embarrassed they wouldn’t take me seriously and didn’t want to hurt my feelings so she told me I was so good they were going to put me with kids that were a few years older than me."

As I got better at swimming, my parents felt I needed to move on from learn to swim. They were given the contact details for Sandra Blewett and told she would be able to help me take the next steps.

She was tough on me, for the first time in my swimming life someone expected me to do more than the bare minimum, she didn’t pity my disability or taken it easy on me because I was different. Sandra supported me to grow and looking back, I know I wouldn’t have made it to the Paralympics without her.

Eventually, it got to a point where I needed to be doing more than two sessions a week if I wanted to reach my goal of making it to the Paralympics.

My mum signed me up for an assessment at the North Shore Swimming club, she didn’t tell them at the time I used a wheelchair and when we got to the assessment, they almost turned us away. Mum managed to convince to let me swim and eventually they put me in a squad. 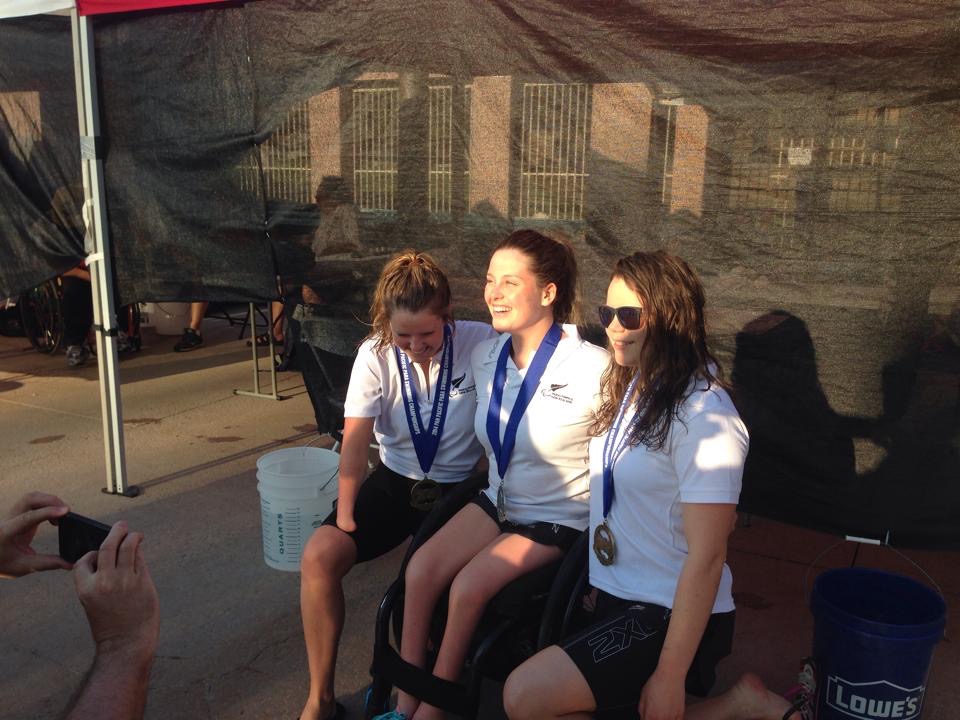 Mum didn’t tell me at the time it was a swim fit squad, I think she was embarrassed they wouldn’t take me seriously and didn’t want to hurt my feelings so she told me I was so good they were going to put me with kids that were a few years older than me.

After two years of swimming at the club, I made my first international team and a year later I was selected for a competition that would give me the chance to qualify for the Paralympics. I didn’t make it, and while that was heartbreaking it eventually inspired me to realise I really did want to go to the Paralympics.

In mid-2008 there was a change up at the club, a new head coach came in and decided he wanted to coach the junior programme instead of the senior. My parents called a meeting and asked him to take me seriously, and he agreed but only if I was going to work as hard as everyone else, he didn’t care that I had a disability.

"I didn’t make it, and while that was heartbreaking it eventually inspired me to realise I really did want to go to the Paralympics."

For the two years I was coached by Ian Turner I was terrified of him, he was a grumpy old man who never really smiled and always knew how to dish out the hard truths. While I didn't particularly like him, I had an enormous amount of respect for him.

He left in 2010 and I was passed on the Gary Francis, I like Gary. He had been a coach and North Shore for a while and I had only had small interactions with him he was always kind to me.

About a week after starting to swim with Gary I went off to compete at the World Championships, where I won my first bronze medal, that was a pretty good start to a professional relationship that spanned almost 10 years.

It’s hard to describe my relationship with Gary, while his title was only ever coach he became so much more than that. We went through hell together in the eight years he coached me and he was there to see me at my best and at my worst literally, he had to drive me to the hospital a week before we left for Rio and then four weeks later he was the first person I hugged after winning my bronze medal.

The London Paralympics are filled with mixed emotions for me, the experience was incredible but my results were not. I was expected to win a medal and best I could do was place 5th.

It was heartbreaking, I came home and after wallowing away in self-pity for a few weeks I readjusted my thinking and moved on to my next goal, Rio. My journey from London was riddled with injury and health issues. I never had a perfect run, so I think I did well to win two Pan Pacific medals and two world championship medals between 2012 and 2016. 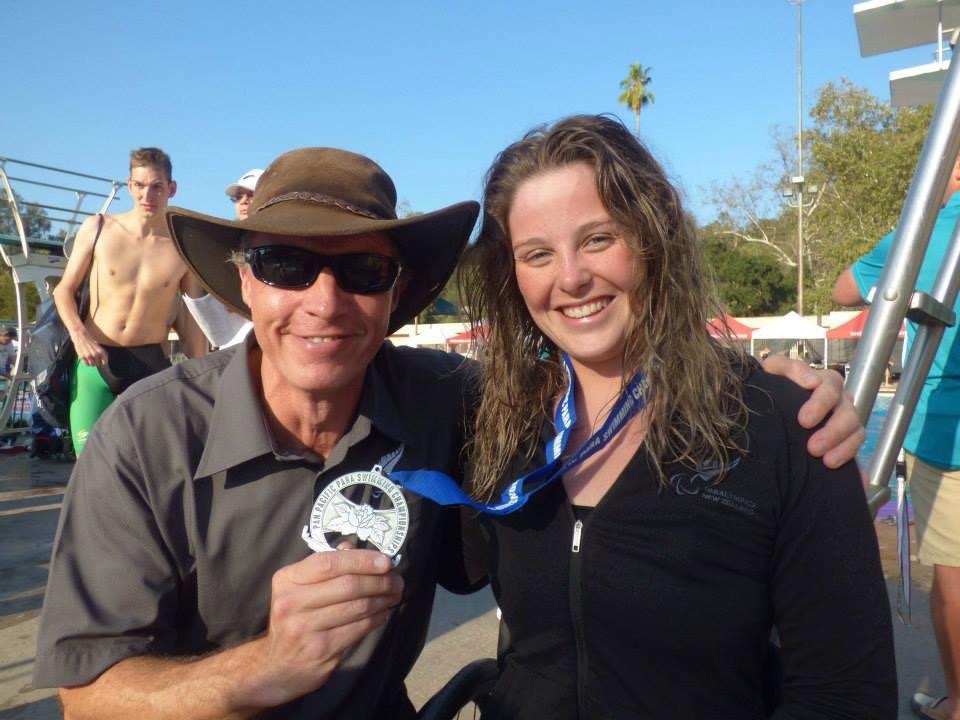 Rio was a whirlwind, I don’t remember much, apart from the euphoria of winning a medal and then almost being too tired to do anything once competition finished. What was truly special about Rio was having my family there, they felt my disappointment in London too, so, it was the most incredible feeling to be able to share my medal with them and have them there to see me win it.

After Rio, things were different. I took a long break to recharge and when I came back to training I struggled with my motivation. It wasn’t until I had the opportunity to visit Tokyo in 2017 and race at the Japanese nationals that my spark was fully ignited to commit to getting to Tokyo 2020.

"I look back on my journey and I don’t regret a thing, I am proud of everything I achieved and how I have achieved it. I am lucky to have been supported by some amazing people and when I read this blog back to myself I can’t help but smile and cry happy tears at all the amazing memories I have."

A lot has happened since Rio, I had surgery last year and my recovery was not as straight forward as I hoped it would be. It forced me to re-evaluate what I was doing and where I wanted to end up. While my fire for Tokyo burned bright I was being faced with a future that if I continued to swim it may cause me problems later in life.

I look back on my journey and I don’t regret a thing, I am proud of everything I achieved and how I have achieved it. I am lucky to have been supported by some amazing people and when I read this blog back to myself I can’t help but smile and cry happy tears at all the amazing memories I have.