Life as a Paralympian: The Decision

Rebecca explains how she came to the decision to retire from her Para swimming career.

I would consider myself a relatively sentimental person, I had my retirement from swimming all planned out. I was going to announce it to my friends and family after my last race at the Tokyo Paralympic Games, and then publicly in a sassy but fun way on social media, knowing in my heart I would have achieved everything I ever set out to do, it would have been a happy and proud moment.

It’s actually a bit confronting writing that down and realising that scenario won’t ever eventuate. On Monday 1 April 2019, I announced my retirement from Para swimming (no, not an April fool’s joke, sorry Clint). In all honesty, it was a proud moment, because I am extremely proud of what I have achieved over my time as a swimmer, but there was an element of sadness and unease as I watched Paralympics New Zealand’s announcement appear on my Facebook newsfeed.

There it was in all its glory for the world to see, “Rebecca Dubber has today announced her retirement from Para Swimming to focus on her career.” I was no longer keeping the news to myself and those around me. It was officially, official. I was not a swimmer any more I was a ‘swammer’.

"Thankfully I had an amazing team around me, they listened to my concerns and were always working with me to make sure I was supported."

Towards the end of last year, things weren’t going well with my training and despite all of my efforts to keep myself of track I was really struggling with my injuries. It was a constant battle every day with no end in sight, I’d have a one good week where I made all my trainings and then for the following two weeks would only be able to train once or twice.

The frustration was unbearable, I lost my faith in what I was trying to achieve. Thankfully I had an amazing team around me, they listened to my concerns and were always working with me to make sure I was supported. 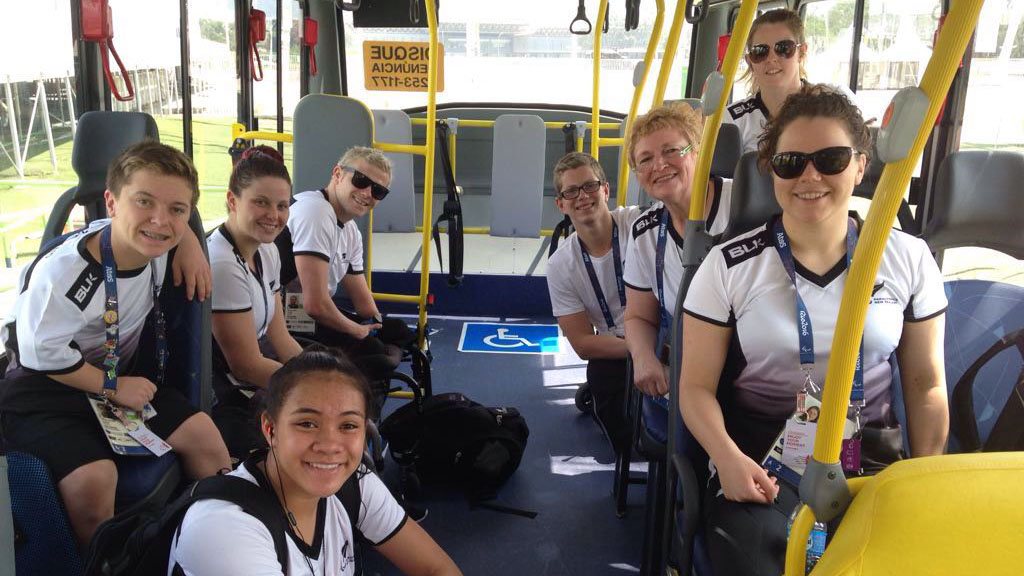 After an appointment with my surgeon in November 2018, the idea of retirement was bought to my attention, it was a hard pill to swallow. I cried, a lot, and after a few weeks of working with my team to ground my emotions and look at the bigger picture I began to make some plans.

I had two plans, plan A) work with my medical team to attempt one last come-back to get to the Tokyo Paralympics, and plan B) work with family and my athlete life Adviser to set up some goals outside of swimming so that if I do retire I would have some things to work towards.

As a coping mechanism to keep me sane while I continued to swim, I started putting effort into projects outside of swimming, I brainstormed some ideas of what I wanted to do outside of swimming and worked out a plan to put them in motion. Without even realising it all of the work I was doing was pulling me further away from swimming and closer to the idea that I would be okay without it.

I was being offered opportunities to work with the Halberg Foundation in a permanent, pretty much full time role, and as freelance as a writer for LockerRoom and Attitude. Suddenly my weeks had no room for training and I found myself becoming more and more disconnected from the sport I’d loved for over half my life.

The desire make it to Tokyo as an athlete was disappearing, and much to my surprise I was okay with it.

"My focus had shifted, I no longer felt scared or worried to leave swimming behind and with the support of my family, friends and support team in February 2019 I made the decision to retire."

I was beginning to move on with my life, I was making plans to be in Tokyo as a reporter, sharing our team's stories of success with the rest of New Zealand. I was also writing stories to profile some of our most underrated female Para athletes, and I was getting to wake up every day and go to a job that I love helping pave the way for future generations of Kiwi kids with disabilities to get involved in sport and recreation.

My focus had shifted, I no longer felt scared or worried to leave swimming behind and with the support of my family, friends and support team in February 2019 I made the decision to retire.

I think the sadness in seeing my retirement publicly announced comes from the fact that while I have accepted I won’t compete in Tokyo and I am okay with that, it doesn’t mean I still don’t wish things had panned out differently every now and again, and I think it will take me a while to fully let go of that dream.

I am excited and nervous to see what my life will bring without swimming, I won’t miss the early mornings or the hard trainings and the constant feeling of muscle fatigue and exhaustion. But, I will miss the people, my medical team, my support team, my teammates, wider supporters, and my sponsors. Without them I wouldn’t have made it to this point and I wouldn’t have made it out the other side ready to take on these new challenges away from the pool.