Rebecca Dubber attended an event targeted towards young people with amputations to connect through sport.

On Sunday 12 May, the DSport team and New Zealand Artificial Limb Service brought their spunky attitudes and windy Wellington weather up to Auckland for Kids Get Active Auckland Activity Day and I went along to check it out.

The Activity Days are targeted towards young people with amputations, offering them an opportunity to connect with each other through participation in sport.

There was a small turn out of six kids with amputations and their families, but whoever said small numbers don’t equal big fun was very, very wrong!

To start the day, DSport’s Catriona McBean gave a brief introduction and overview of what the day was about, she put a big emphasis and making friends, having fun and getting active.

Then it was time to get active! Paralympian and DSport sports coordinator, Kate Horan took the kids out on to the field for a warm-up, taking them through a range of exercises to challenge their coordination and how well they could balance on their prosthetics.

After the warm-up it was on the obstacle course and relay races, it took a little while for the kids to warm up to each other but after a few rubber chicken relay races everyone was best friends. 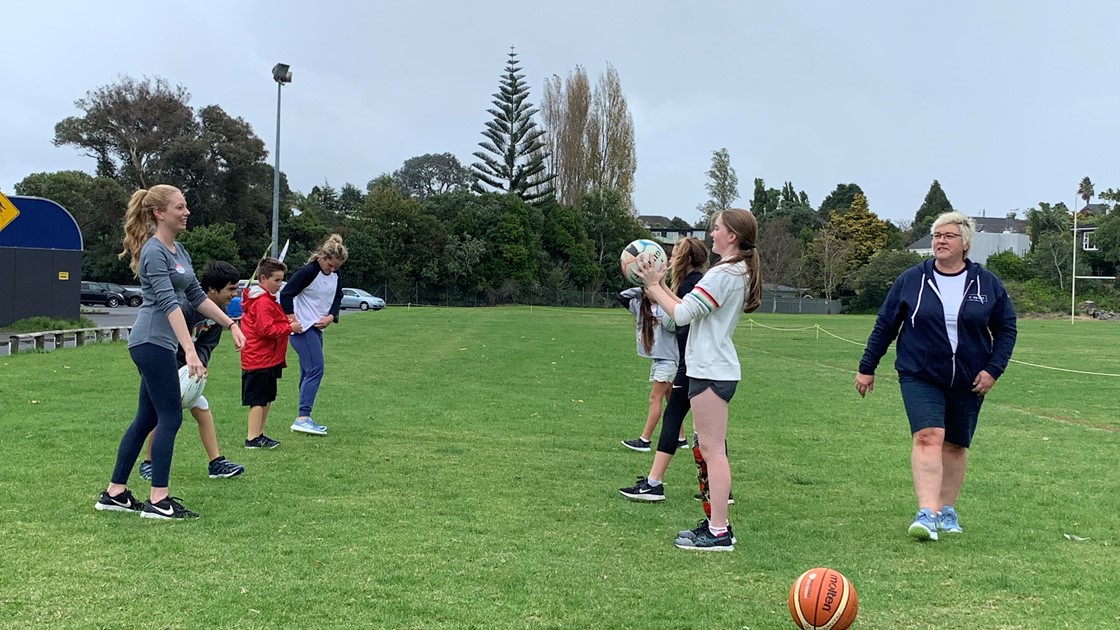 Just as the kids were getting ready for the final race, Kate brought out her running leg to give herself a better chance of winning, and as she was getting ready all the kids crowded around to ask questions about her leg.

Soon enough the questions about Kate's racing leg quickly turned into a discussion about life as an amputee, everything from how the kids get treated at school, to what kind crazy stories they tell people, about how they lost their leg was being talked about.

During lunch it was cool to see everyone mixing and mingling with each other, parents were chatting and swapping stories, and the kids were showing off their prosthetic legs, and comparing who had the most scratches.

A prosthetist from the Auckland Limb Centre was on hand to chat to the families and see the kids in action, and Parafed Auckland was also around to chat with the parents about how they could further support the kids to be active in the future.

“Connecting with the kids and getting to play sport with them makes me feel like a teenager again.”

After lunch everyone headed to the courts for some basketball and netball, unfortunately, the court wasn’t wheelchair accessible but I watched the fun from afar and took the opportunity to chat to Kate about the day.

She said days like this put her in her element, “connecting with the kids and getting to play sport with them makes me feel like a teenager again.”

“Growing up I really struggled to love my disability, so I cherish the opportunity to sit there and just chat to them about life as an amputee, it’s really cool to see that they’re all so proud of their amputations too. I get so much joy from these events and I hope the kids do too.”

After finishing up on the courts' everyone made their way back to the field for the final activity of the day, and after a few more rounds of the obstacle course, this time blindfolded, it was time to go home.

All the parents were swapping details and the kids were chatting amongst themselves once again comparing scratches on their prosthetic legs and I realised that this day was about much more than just trying some sports. It was a chance for these families to connect with each other and build lasting relationships through sport, and I think that’s pretty awesome.