Which is the better option? Half-hearted inclusion or straight up honesty?

Recently, a friend told me a story, which got me thinking about the words above and some of the things that have happened to me previously.

When I was in my last year of high school, there was a school trip to America for History and Art History. Being a History and Art History student, I wanted and applied to go on the trip - what student wouldn’t want to go? Although my application was initially accepted, my parents kept being called into meetings at school to discuss things like: “what if I got sick? What if I missed a bus?” These meetings frustrated my parents as no other parent had to go to this kind of meeting. Given that my Mum or Dad would have been chaperoning me, I would have been in a better position than many of the other students. Instead of being blatantly discriminatory and saying “we are rejecting your application because you have a severe disability,” the school pretended to be inclusive while clearly looking for any excuse not to take me. In the end, my parents, sick of all the meetings, convinced me to withdraw from the trip.

This anecdote is the perfect example of halfhearted inclusion. Wanting to practice political correctness and not be seen to be discriminatory (yet again), the school accepted my application even though they really did not want to take me. Although I would have been disappointed that my application had been rejected, it would have been less disappointing than initially being accepted, only to face attitudinal barriers and be put in the uncomfortable position of having to withdraw. I should never have had to make that decision. My question is this: Which is more important: being politically correct and therefore half heartedly including people; or respecting people enough to be honest with them?

Even though the honesty may mean that we end up disappointed, I and many people with disabilities would prefer other people to respect us, by being honest. We don’t want people to include us, out of pity or out of societal pressure to do so. Instead, we prefer to be included because people think we bring a worthwhile contribution to whatever is going on.

Recently, I went to a function and I couldn’t help but notice my dessert was an accurate visual representation of halfhearted inclusion. Having Coeliac Disease, I asked my caregiver to bring back whatever was gluten free. Meanwhile, the person sitting next to me, asked for one of everything. As the photo demonstrates, we got two completely different dessert experiences. 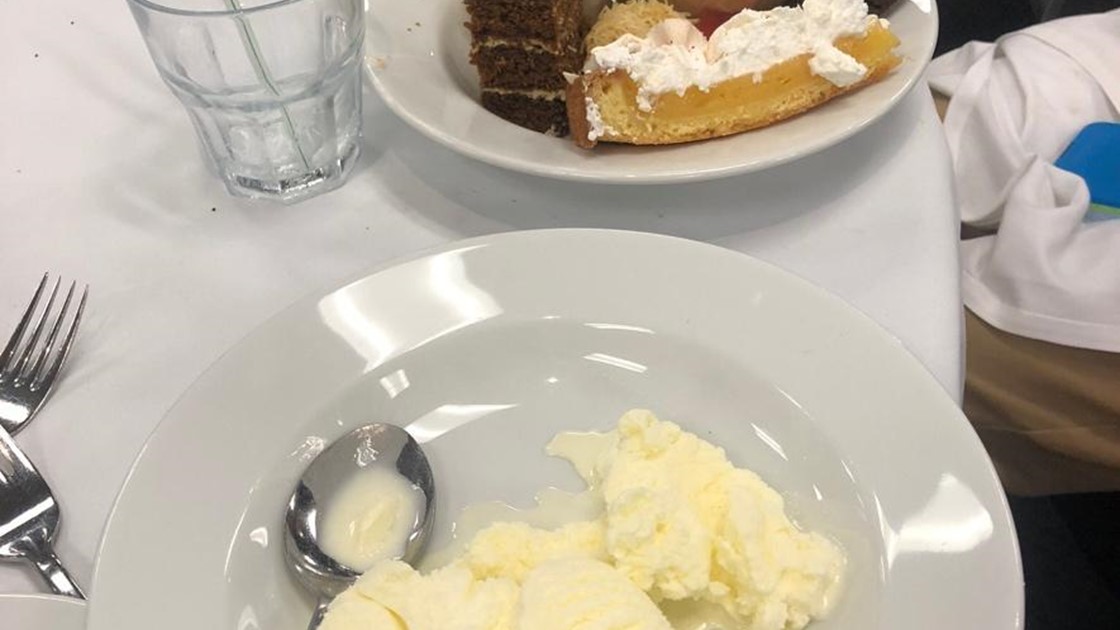 While I am incredibly grateful that there was even plain vanilla ice cream for me to eat, I couldn’t help but think it was more luck than anything else. Equality and wholehearted inclusion would have meant that there would have been a variety of options for everybody regardless of their dietary requirements. Sometimes, the proof is literally in the pudding!

Sometimes, it feels like people with disabilities or dietary requirements have to be grateful for what they do get, even if it is not the most desirable or inclusive outcome. It is often up to us to decide whether we should pursue an opportunity, that may not be fully inclusive or whether we walk away. We then feel guilty for saying no or asking for something better, because people genuinely feel they are doing the right thing by including us in some capacity.

While I wish that I lived a fully inclusive society, I question whether that is a realistic expectation and it is more important to me that I live in a society that: